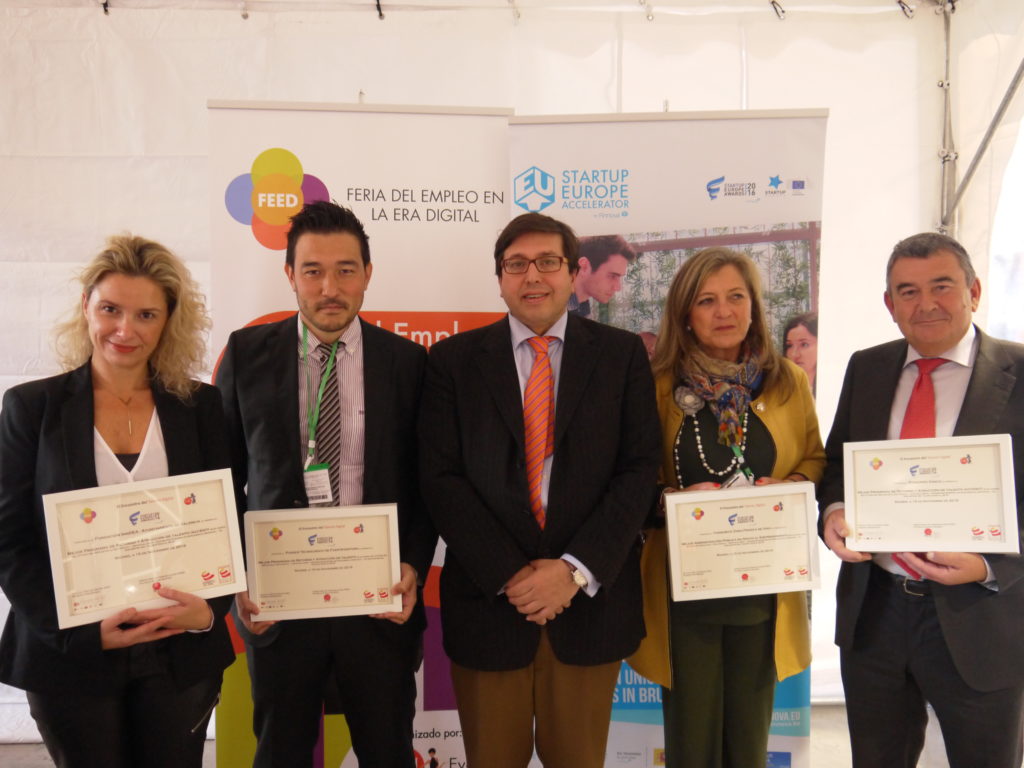 The Public Administrations StartUp Europe Recognition Awards- the award for the most committed public administrations supporting entrepreneurship, development, programs for attracting, retaining and managing talent in Spain- were given during the Employment Fair in the Digital Era, held on 15 and 16 November in Madrid.

“It is important to highlight companies and the role that local entities play in boosting and consolidating entrepreneurial ecosystems as well,” said Juan Manuel Revuelta, CEO of Finnova, the foundation that implements the StartUp Europe Awards.

The Public Administration StartUp Europe Recognition Awards for the “Best Public Administration in support of entrepreneurship” collected by the State Delegate in the Consorcio Zona Franca de Vigo, Teresa Pedrosa, is recognition to programs such as ViaGalicia, a strong accelerator for public initiative companies in its fourth edition, has more than 40 projects selected.

The prize “Best Program for Return and Attraction of talent” was given to the Parque Tecnológico de Fuerteventura for its tax incentives program, such as subsidies, for startups on the island.

One of the second prizes was for the InnDEA Valencia Foundation that successfully developped “Factory Startup” a public – private digital skills development program born from and for entrepreneurs.

The other second prize was awarded to the ecosystem of the Basque Government, for its “Bind 4.0” program thanks to which startups have the opportunity to work directly with industries, to access financing and other support services.

“Finnova is aware of the importance of public-private collaboration in innovation to solve the challenges of the territories. That’s why we will continue to highlight initiatives such as those awarded and encouraging other entities to be the winners of 2017,” said Revuelta.

Patricia Pastor, head of entrepreneurship at InnDEA Valencia; Ayose Kim Hernández, financial director of the Parque Tecnológico de Fuerteventura; Teresa Pedrosa, State delegate to the Consorcio Zona Franca de Vigo and Juan Manuel Esteban of the Basque Government, participated in the III Employment Fair in the Digital Era at the round table “Entrepreneurship and Attraction of talent” where they had the opportunity to present the programs that earned them the recognition of the StartUp Europe Awards.

StartUp Europe Awards is an initiative promoted by the European Commission with the support of the Committee of the Regions and several members of the European Parliament, implemented by Finnova in collaboration with Startup Europe. It aims to create an alliance of entities supporting entrepreneurship and innovation. It also recognizes the efforts of European startups in five levels (local, province, regional, national and European) in ten categories (environment, tourism, social innovation, creative industries, information and communication technologies, health, energy, water, smart cities and fintech).