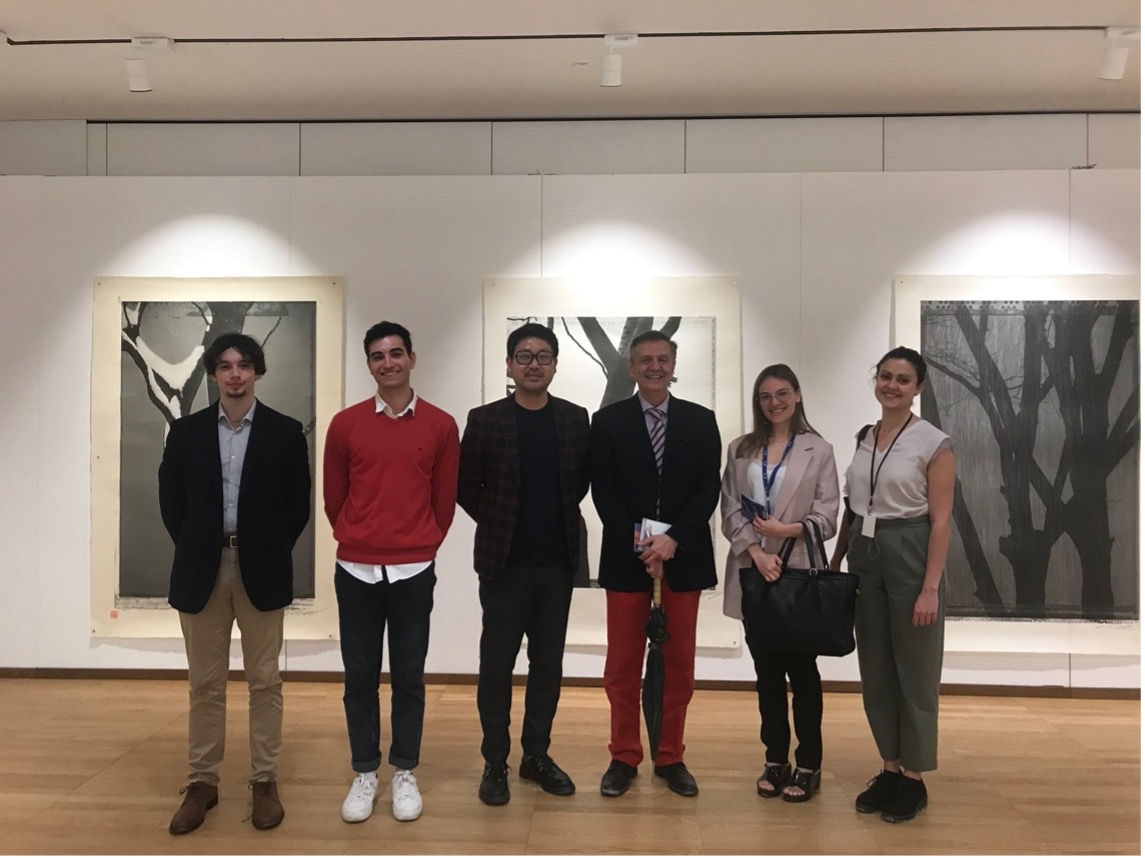 Brussels, 12 May – Finnova Foundation visited the Korean Cultural Centre in Brussels to explore lines and projects of cooperation with this associated entity of the Korean Embassy to the European Union and Belgium. Both the Korean Cultural Centre and the Hispanic-Belgian Foundation put on the table the importance of the cooperation between the European Union and South Korea, whose partnerships were established 59 years ago.

South Korea is a dynamic and attractive country, open to the values of the European Union. This is why the Finnova Foundation has expressed interest in joint projects to promote tourism, culture and entrepreneurship between the two regions. Mr Chung Haetal, Head of Press and Communication, welcomed the Foundation’s proposals in view of the anniversary of the EU-South Korea agreement in 2023.

During their visit to the centre, Finnova’s international cooperation team took the opportunity to discover the cultural richness of the country through the photo exhibition “Resonance of the trees” with artists such as Kim Jungman, Kim Sinwook, Kim Daesoo and Lee Jeonglok.

In various parts of the world, we are already seeing and breathing the “Hallyu wave” (the Korean pop culture movement) spreading among young people around the world. With this in mind, Finnova Foundation has emphasised its proximity to young Europeans in order to strengthen through them those links between the two regions that can provide mutually cultural feedback.

Finnova is the European foundation that supports the financing of innovation in companies, regions and municipalities. Our areas of expertise include sustainable development, circular economy, water and waste management, employment and youth, ICT and tourism, among others.

About the Korean Cultural Centre Brussels

In the heart of Brussels, the capital of Europe, the Korean Cultural Centre has sought since its opening in November 2013 to promote cooperation and cultural exchange between Belgium and Korea, between the European Union and Korea, through various traditional and contemporary cultural activities.