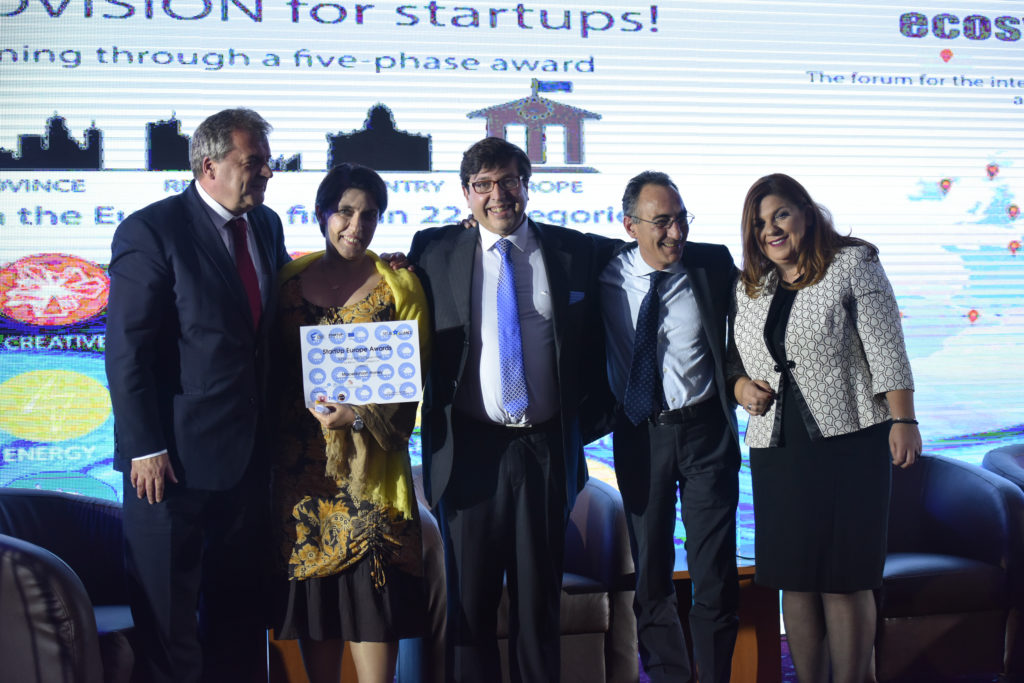 Strumica, octubre 8th 2018. The Macedonian startup, Macedonian Honey, has won the StartUp Europe Award at European level in the Climate category for its project for the conservation of honey bees, whose objective is to improve the sustainability of the ecosystem and its biodiversity, which would represent an impulse to slow down the effects of climate change. The launch of Regional Business Innovation Centre (BIC SR) was attended by the Minister of Agriculture, Ljupčo Nikolovski; the Minister of Regulation of SMEs, Zoran Shapurik; the mayor of the city, Kosta Janevski; the director of BIC SR, Ksenija Vangelova and the Regional Partner of Finnova, Radmil Polenakovik, among other personalities.

StartUp Europe Awards is an initiative of the European Commission implemented by the Finnova Foundation. It is an open innovation methodology that works with the public and private sectors promoting innovative initiatives, through alliances that add local partners to support entrepreneurs. It is also a communication tool that offers visibility and new opportunities for startups.

Having achieved national recognition at the Macedonia StartUp Europe Awards, the company has won the European distinction with a project born from the ambition to conserve biodiversity through the survival of this bee species. A goal they have achieved by creating a new form of beekeeping through the invention of a new hive: the Elle Hive, whereby bees not only become stronger, but their genetic material is modified so that future generations of bees can cope with predators and climate change. As Elena Fidanoska, CEO of Macedonian Honey affirmed, “at this time of climate changes, Colony Collapse Disorder, decreasing of biodiversity, we are all challenge to do something. Pollination, biodiversity and our well-being: everything is interconnected. In fact, from near or far we are all involved, be it as a business, a farmer, scientist, industrialist, politician, or quite simply as a child or parent”.

Among the arguments that leaded the start-up to gain this honour, there is the no use of chemical products, antibiotics, acids, fungicides or artificial materials inside or outside the hive, as well as agricultural activities in an 8 km ratio around the hives, located at 1600 altitude meters, where the plant life grows without being in contact with any chemical product. In words of Juan Manuel Revuelta, General Director of Finnova Foundation, “For the European Union, the fight against climate change through innovation is a priority and for this reason the European Horizon budget has been increased to support solutions such as the one proposed by Macedonian Honey, which we will support from Finnova and StartUp Europe Accelerator, so you can access all the opportunities that Europe offers”.

Thanks to this, Macedonian Honey will have access to a mentoring programme (in internationalisation, European funds such as the SME Instrument, offering between 50.000€ and 2,5 M€ non-refundable euros, international communication, legal advice, etc.), through Finnova Foundation’s programme StartUp Europe Acelerator, which will allow Macedonian Honey to launch its project and to make it feasible in the international sphere.