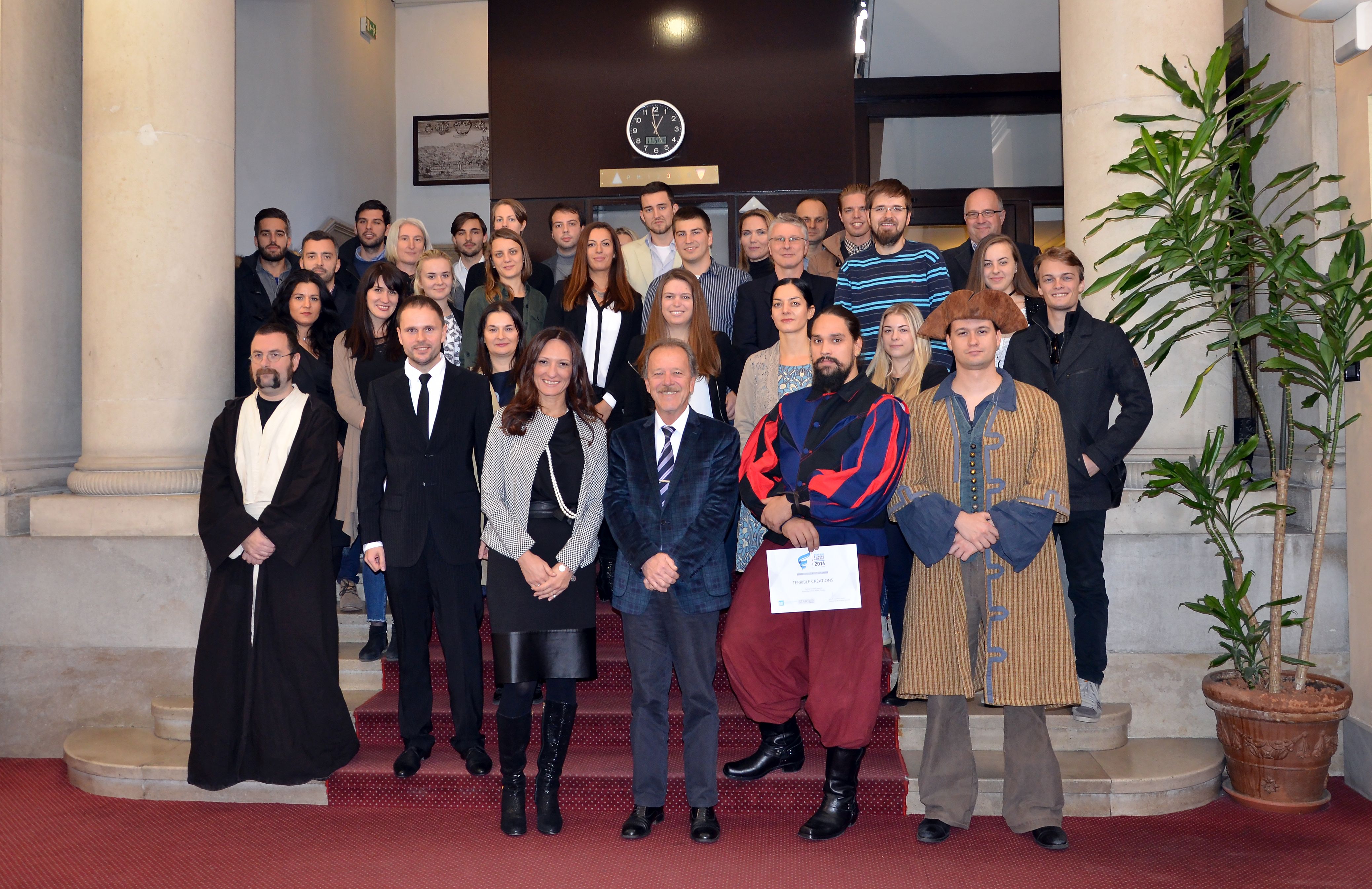 The national edition of the Startup Europe Awards Croatia competition was held on november 15 in Rijeka, organized by the Business School PAR with the support of the Entrepreneurship Department from the City of Rijeka.

“I am proud that the Business School PAR got the opportunity to organize such an event”, said the Dean of the Business School PAR, Gordana Nikolic, adding that she considers entrepreneurship to be a skill that should be developed from a young age. The Dean also noted that it is encouraging to see so many creative young people presenting their ideas and innovations.

After a panel discussion on innovation in Croatia, the commitee announced the winners in 7 categories. All seven winning startups have qualified for the European finals of the  competition that will be held in Brussels first quarter of 2017. The winners are Juvo Home Friend (ICT); Tinja (Energy); Studio Rebus/Meridda (Health); Braille Riddles (Social); Eter.io (Cities); Terrible Creations (Creative) and LovePranks (Tourism)

During the Croatian edition of the event in Rijeka, the audience got the chance to vote and award two startups. Hence, the audience decided to give the Grand Prix Award to the startup Juvo Home Friend, while the Startup Hero Award was given to the Braille Riddles team.

Dario Zoric, the StartUp Europe Awards Croatia coordinator, expressed his appreciation of all the Croatian startups that entered the competition, congratulated the winners and the quality of all startup ideas presented.

In conclusion, it is safe to say that Croatia is sending top startups to Brussels, and there is no doubt that our future looks bright with yooung minds like these.

StartUp Europe Awards is an initiative promoted by the European Commission with the support of the Committee of the Regions and several members of the European Parliament, implemented by Finnova in collaboration with Startup Europe. It aims to create an alliance of organizations supporting entrepreneurship and innovation and at the same time to  recognize the efforts of European Startups in five levels (local, county, regional, national and European) in ten categories (green, tourism, social innovation, creative industries, information and communications technology, health, energy, water, smart cities and Fintech).