Womenfortech challenges more than 1,700 young Valencian women to get involved in STEM projects

Valencia, December 13, 2021.- More than 1,700 young Valencian girls have already gone through the four editions of ‘Technovation Girls Comunitat Valenciana‘, the largest technological entrepreneurship contest for girls worldwide, of the American non-profit association Technovation. On Saturday, the awards ceremony was held for the teams that reached the regional finals of the 2020 and 2021 editions. The event was held at the Príncipe Felipe Museum of the City of Arts and Sciences of Valencia.

This program challenges girls, every year, to change the world through technology. A contest in which, in teams and with the help of mentors, they create their own apps to solve real social problems. In the Valencian Community this program is led and promoted by the company Talent Growth Management (TGMBP) with María José Valero as CEO, accompanied in the 2021 edition by the Valencia City Council, through Valencia Activa. The event benefited from the collaboration of the Bureau of Valencian Engineering, Edicom, Schneider Electric, the Official College of Agricultural Technical Engineers, Cogiti, College of Technical Engineers of Public Works, NTT Data, American Space Valencia, Capgemini, Finnova Foundation and BIGBAN Private Investors. 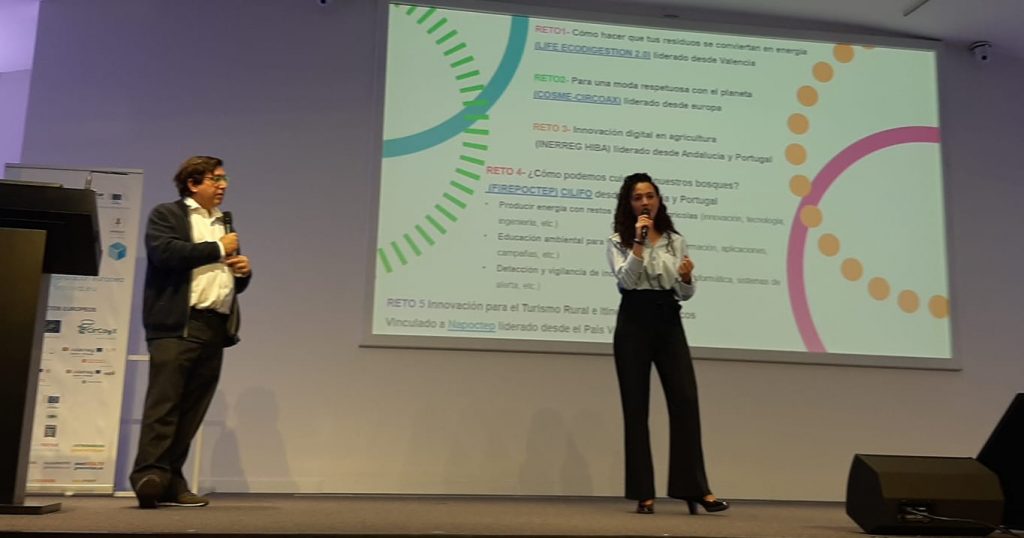 The Finnova Foundation has joined the Technovation challenge and, in order to appreciate the effort and the value contribution of the works, offers to all the teams in Spain, both in this and previous editions, to present their projects to the Finnova Challenges.

The winners of the Finnova-Technovation Life Ecodigestion 2.0 Challenges were the members of the Womenment team from the ABECE school in Gandía, with the Comen 2.0 application, oriented to the use of food resources. Juan Manuel Revuelta, Finnova’s CEO, presented the award.

Juan Manuel Revuelta and Lola Bordás, head of Womenfortech at Finnova, launched the new Finnova-Technovation Girls CV 2022 challenges linked to current European projects such as Interreg Cilifo, Interreg Firepoctep, Interreg Napoctep, Life Ecodigestion, Cosme Circoax and Interreg HIBA. These challenges follow the indications of the United Nations SDGs and cover topics such as caring for forests, sustainable tourism, innovation in agriculture, sustainable fashion and innovation in agriculture. Juanma explained that the award is to visit the facilities of the European Parliament, present the project in Brussels and be attended by MEPs and other personalities to get a greater impetus to all those people who put their efforts to improve with disruptive technologies the current challenges of sustainability. This award is possible thanks to the linking of the project to the Startup Europe Awards program of the DG Connect of the European Commission promoted by the foundation since 2016.

During the award ceremony Pilar Bernabé, Deputy Mayor of the Innovative Development Area of Economic Sectors and Employment of the Valencia City Council, has committed the City Council to be a partner for the market launch of the Hidden Women app. “The data force us administrations to be feminist. We want girls to have no limits, that’s why we support programs like Technovation Girls CV and promote campaigns like #DoneStem, to make the work of women scientists and technologists visible and thus create references,” says Pilar Bernabé.