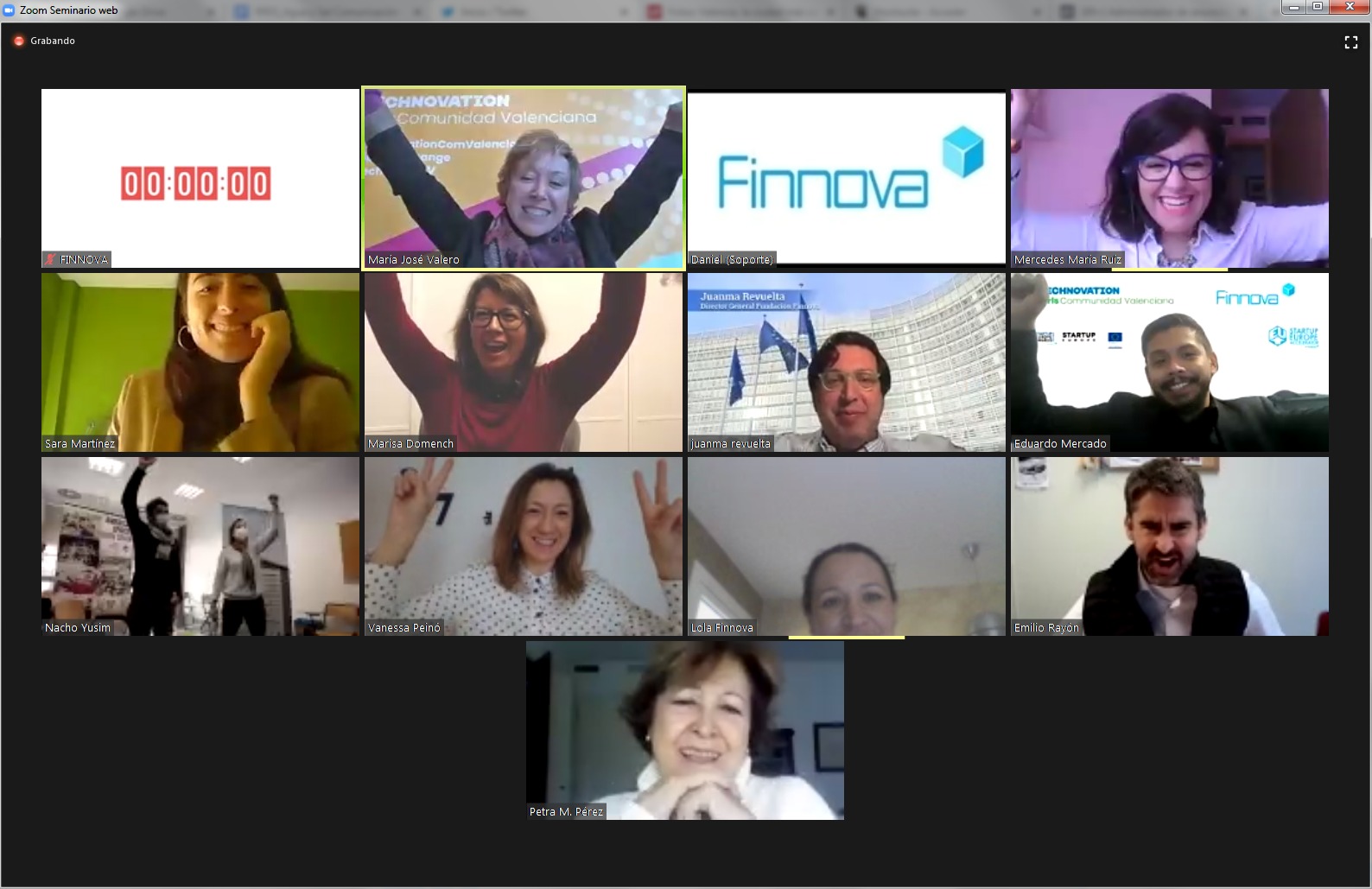 Last Saturday the American non-profit association Technovation launched a new edition of the biggest contest of technological entrepreneurship for girls worldwide. The event was attended by 261 people from 170 locations, more than 20 speakers, guests and teachers and 150 girls and mentors in the different activities carried out.

The event was inaugurated by María José Valero, ambassador of Technovation Girls Comunidad Valenciana and Pilar Bernabé, Deputy Mayor of the area of Innovative Development of the Economic and Employment Sectors of the Valencia City Council. “The low presence of women in Science, Technology, Engineering and Mathematics (STEM) careers is due in part to the lack of models that promote scientific vocation in girls, with this programme as well as the Espai Lidera we fight to create models for our girls”, declared Pilar Bernabé.

The event was held online and marked the start of the contest that challenges girls every year to change the world through technology. A contest in which, in teams and with the help of mentors, they will create their own apps in order to solve real social problems. The different speakers that participated provided ideas to make all that possible.

For her part, Debra Westall, Director of the American Space Valencia and teacher at the Polytechnic University of Valencia, lent a hand to girls who need it to get involved in technological projects, and she was grateful for having the opportunity to work with them. “As a mother, I am excited to know that our young women are going to have the opportunity to see the problems of the Valencian Community and propose solutions.” Amparo Oliver, professor of Psychology at the University of Valencia, stated that “from the University of Valencia, we are committed to entrepreneurship and the reduction of the digital gender gap. Technology is one of the bases of progress in our society and if we do not address this problem that currently exists, we will not be able to achieve real equality”.

Juan Manuel Revuelta, CEO of Finnova, has highlighted the importance of technology when it comes to solving the problems that are addressed by the United Nations through the Sustainable Development Goals (SDGs), and with which the foundation has a strong commitment, and proposed five challenges to the participants. For that, he mentioned some projects that Finnova works with and that can serve as inspiration when developing their apps. The first of these challenges focuses on climate change. Forest fires are one of the greatest challenges for this problem. Therefore, the idea of developing projects that help preventing, acting and regenerating burned spaces, as the CILIFO Project does, of which Finnova is a beneficiary entity was proposed. Another fundamental area is that of circular economy, for which the creation of technologies related to the world of sustainable textiles was proposed in accordance with this economic model. An example is the CircularInnoBooster project, whose goal is the establishment of a textile industry much more committed to these values. Within the principle of circular economy, the CEO of Finnova also refered to the Waste2Energy project, which allows the transformation of waste into energy. Optimising waste is a key purpose in tackling climate change. For this reason, Juan Manuel introduced the LIFE ECOdigestión 2.0 project which, thanks to technology, allows to maximise the production of biogas in the anaerobic digesters of WWTP generating green energy. Lastly, a fifth challenge was proposed related to rural tourism, where technology stands as the greatest ally for the promotion and development of rural areas. When we talk about emptied Spain and rural tourism it is important to highlight the NAPOCTEP project, based on a series of routes in areas of the Spanish national territory with low population rates that focus on the figure of Napoleon.

Different enterprises participated as well in the event. In this sense, Mercedes María Ruiz, Sales Executive at Capgemini Spain, told how her technological vocation was born when she was a child and how her curiosity marked her professional future. A very inspiring testimonial for the girls and teenagers who participate in Technovation Girls CV. Marisa Doménech, Health Manager at Everis shared her life story and encouraged the girls to not be afraid, to dare even when they are afraid to. Vanessa Peino, Sales Manager of the Public Sector of Google Cloud, highlighted the importance of technology to face various social problems. For example, artificial intelligence is fundamental in our day to day and it will be a key sector in the future, generating a strong social impact.

The journalist and writer Nieves Concostrina, also invited to participate in this event, stated “you are the pioneers of the future and it is a great pride to see how girls have grown in this country. There is much to do, education will make you free and science will make you become better people”. The Valencian researcher Petra Mª Pérez, proposed a decalogue to the girls “What are your goals? You can do it. The challenge is to keep going”.

After the presentation, the young women and their mentors carried out the activities, focused on approaching the APP Inventor, editing video and narrative and the facilitating virtual collaborative sessions with MURAL. After uploading their programs to the platform on April 19th, they will enter the regional final in May, when one out of every 10 teams will go to the European final where the finalists will be. The five best scores in each category (junior 10-14 and senior 15-18) will go to the world final.

In the Valencian Community this program is led and promoted by the company Talent Growth Management (TGMBP) and its CEO María José Valero. It has the support of the Regional government of Valencia, the University of Valencia, the Polytechnic University of Valencia and the Jaume I University. In addition, it has the collaboration of the Valencia City Council, Valencia Activa, the Castellón Provincial Council, the American Space Valencia, Google, Capgemini, Everis, 480, the Chair of Innovation, Taronja TIC’s, and the Finnova Foundation.

The Finnova Foundation supports the program within the framework of Startup Europe, an initiative of the European Commission to connect high-tech startups, scaleups, investors, accelerators, corporate networks, universities and the media. Startup Europe Awards, is an initiative of the DG CONNECT of the European Commission, implemented by the Finnova Foundation since 2016.