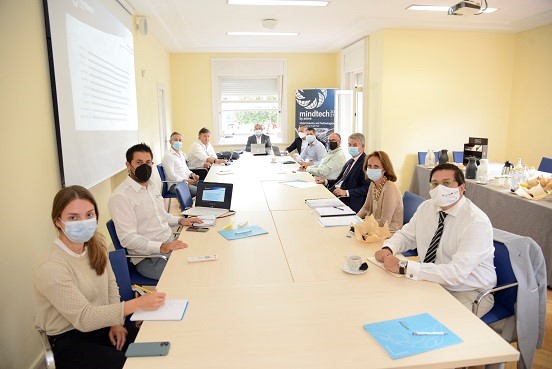 · These awards are being held on the occasion of Feria Internacional Mindtech, which will take place from 14 to 16 September.

· The jury have awarded enterprises – out of thirty participants – upholding sustainability and innovation in several sectors.

· Awardees will be handed their prizes in a gala dinner on Tuesday 14 September.

[Brussels 08/09/2021] The second edition of SEUA-Mindtech Awards, an initiative endorsed by the European Union, has been recently celebrated – and the final winners have been announced. These awards are being held within Feria Internacional Mindtech (in English, Mindtech International Fair), which will take place from 14 to 16 September in Vigo.

The SEUA-Mindtech Awards are being organised within the framework of Startup Europe Awards (SEUA), an initiative headed by the European Commission and implemented by Finnova Foundation to reward innovative ideas. SEUA specialise in promoting innovation and entrepreneurship as well as helping businesses to obtain EU funds.

The jury in charge of selecting winners is made up of enterprises and institutions which have a relevant role in the business and innovation sector, viz. Asime, Finnova, Igape, Gain, Concello de Vigo (Vigo Local Council), Deputación de Pontevedra (Pontevedra Regional Government), Icex, Ifevi, CZFV, and Abanca.

The SEUA-Mindtech awards will be handed during the gala dinner on Tuesday 14 September in Vigo.

The Feria Internacional Mindtech was created to develop highly specialised activities focused on innovation and the achievement of key competences to turn the metal sector into a highly competitive industry at a global level. The metal sector and its associated technologies comprise a wide range of intertwined industries, which makes the metal sector one of the most potent sectors. It also has a great potential to diversify new products and markets.

Startup Europe Awards is an initiative by DG CONNECT and has been implemented by Finnova Foundation since 2016. Startup Europe Awards are an innovative mechanism aimed at identifying disruptive startups promoting private-public partnership alliances. They also seek to raise awareness on the importance of self-entrepreneurship as a driving force for job creation. In addition to promoting networks to meet the UN SDGs and the European Green Deal objectives, they also contribute to the circular economy, sustainable tourism and the fight against climate change.

Finnova Foundation is a Belgian-Spanish foundation working to finance innovative ideas under EU-funded programmes. Finnova aims to promote private-public cooperation through innovation in order to address social challenges, e.g. employment, training, entrepreneurship, SDGs, and the circular economy. Being committed to innovation, Finnova has been organising Startup Europe Awards since 2016 – an initiative launched by the European Commission’s DG Connect.

Finnova is headquartered in Belgium and Spain. It is also present in Chile, Panama, and other Spanish regions – the Valencian Community, the Basque Country, Andalusia, Madrid and the Canary Islands.