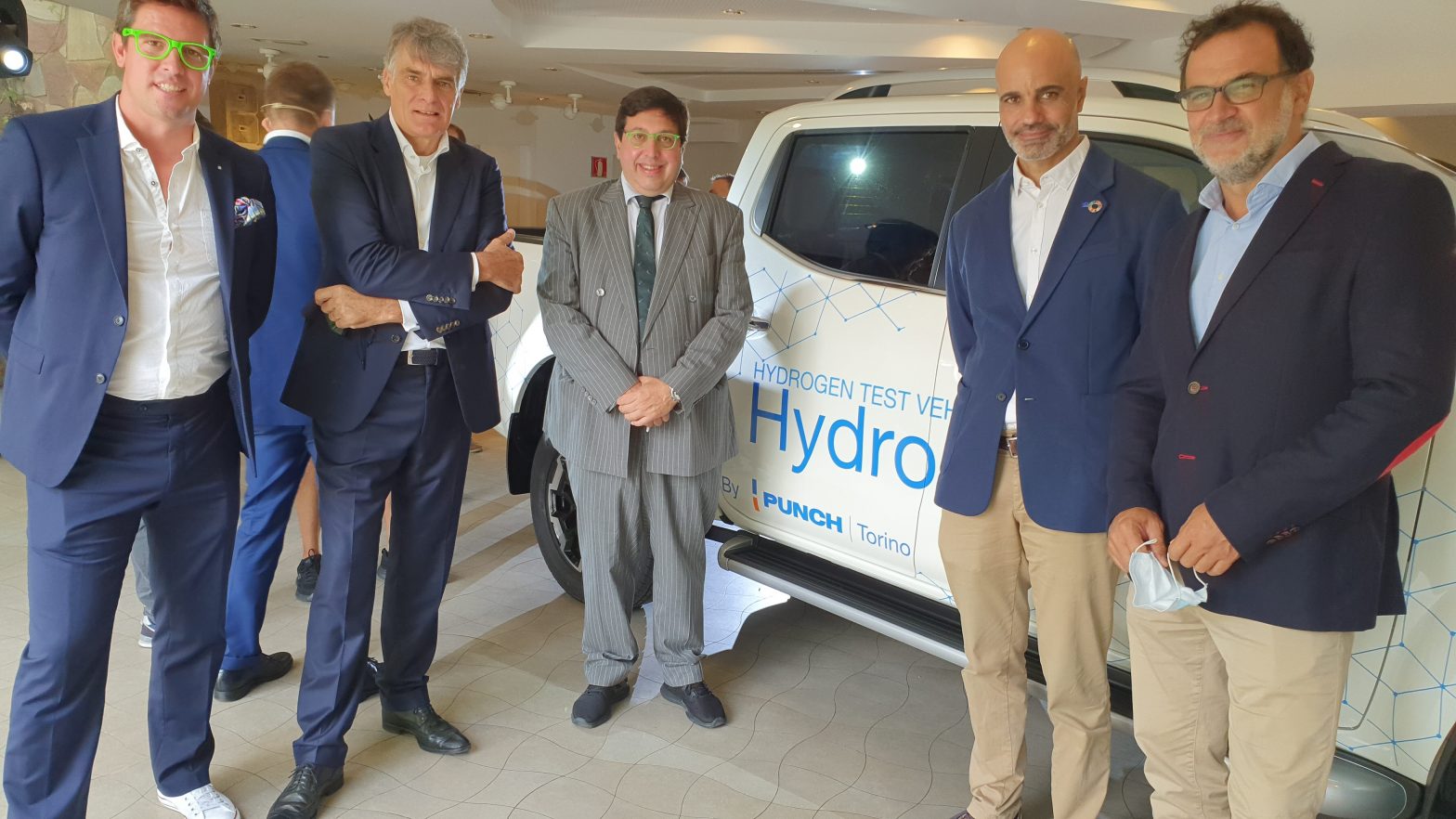 PUNCH demonstrates its real capacity and firm commitment to bring its own cutting-edge zero-emission technology to the Zona Franca, Sant Andreu and Montcada plants.

PUNCH will create 2,000 direct jobs and maintain the current network of local suppliers with an investment of €650 million by 2027 in hydrogen and battery facilities, products and technology.

Barcelona, September 14, 2021 – PUNCH today presented its concept car in Barcelona, a pick-up based on its own H2-ICE (Hydrogen Internal Combustion Engine) hot hydrogen technology, which would be manufactured at Nissan’s Catalan plants in combination with other light commercial vehicles with battery technology. With this act, PUNCH demonstrates its firm commitment to Barcelona and its ability to guarantee a successful present and near future built on a strong investment in zero-emission technology and taking advantage of the experience and qualifications of the workforce and supplier base currently existing in the Catalan plants.

PUNCH has taken the opportunity of the presentation in Barcelona to confirm its intention to operate in the three existing plants in Zona Franca, Sant Andreu and Montcada, where there will be a gradual incorporation of the current workforce to reach 2000 direct jobs by 2025 and retaining its current local supplier base, with an investment of around €650 million until 2027.

The H2-ICE engine unveiled today has been developed at the PUNCH R&D Centre in Turin and is based on adaptations to a conventional diesel engine, varying the fuel injection system, the ignition system, the adaptation of an engine control module and specific software and the direct injection of hydrogen into the combustion chamber.

Guido Dumarey, CEO of PUNCH, who was present at today’s event, said: “We wanted to be here today with this prototype based on our hydrogen technology to demonstrate our strong commitment to a long-term, sustainable future for the Barcelona plants by leading the transition to a carbon-free future through multiple electric and hydrogen-based technologies. We are also delighted that Andy Palmer, former COO of Nissan Motor Corporation, will lead the PUNCH project in Barcelona, bringing his knowledge of Nissan, its electric vehicles and these three production plants.

Andy Palmer, leader of the Reindustrialisation Project, said: “PUNCH has proven with over 40 years of experience and a track record of successful reindustrialisation projects that our proposal is credible and real. Our Concept Car, which we are presenting live here today, is a tangible sustainable mobility solution for the near future, offering considerable advantages in terms of cost, range, refuelling times and commercial use.”

PUNCH has been presented in the framework of the European Mobility Week, joining the objectives of the European Green Deal on sustainability, decarbonisation and creation of green jobs. The Secretary General of the Consell Català del Moviment Europeu, Oriol Lázaro, together with the representative of the European Institute of Innovation & Technology InnoEnergy, Ignacio Huici, congratulated the initiative for the creation of public-private alliances to achieve the objectives of the European Union’s ecological transition. The CEO of Finnova Foundation, Juan Manuel Revuelta, emphasised the potential of PUNCH to draw European Next Generation funds which, coupled with the LIFE and Horizon Europe programmes, could obtain an amount of up to €50 million and turn the city of Barcelona into an economic centre in the field of hydrogen.

PUNCH, 100% owned by the Dumarey family of Belgium, is an independent group with 40 years of experience in the automotive and technology industry. The group currently employs 1,750 people at its seven sites in Europe and Asia, with an annual turnover of more than EUR 500 million.