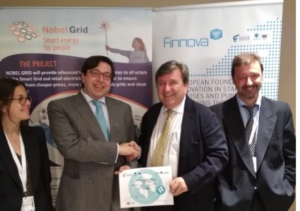 Project Aim: Converting several types of waste as feedstock into high-quality second-generation advanced biodiesel. This technology is known as thermos-mechanical cracking process (TMCP). The challenge remains to develop techniques that are economical and easily replicable, avoid environmental pollution and risks for human health, and reduce carbon emissions, just as promoting the circular economy in recovering the value from the waste.

Over the recent years, Municipal Solid Waste (MSW) management has been fast evolving from the conventional methods of landfilling, open-air burning, dumping in oceans, to more sophisticated methods. In addition, the enormous environmental and economical downsides of landfilling have reached the top of waste policy agenda and they are looking for alternatives to minimize landfilling, where policies tend towards zero-landfill and circular economy development. Similarly, treating MSW through incinerators which generate energy have proven to be seriously damaging to human health as carcinogenic dioxins are not eliminated even when sophisticated and very expensive filters are deployed. The challenge remains to develop techniques that are economical, easily replicable, avoid environmental pollution and risks for human health and reduce carbon emissions, while promoting the circular economy in recovering the value from the waste. MIRACOIL has been working for the last six years to change the way we treat and eliminate waste.

MIRACOIL commercializes a patented new technology that can convert several types of waste as feedstock into high-quality second-generation advanced biodiesel. This technology is known as thermos-mechanical cracking process (TMCP). The company’s vision agrees with environmental objectives to minimize waste generation, avoiding landfilling and incineration, and convert waste into a resource; in this case, a synthetic secondary fuel to substitute fossil fuels. The key innovation of the TMPC system lies in obtaining liquid hydrocarbons by cleavage of carbon and hydrogen molecules using various organic biomass waste feedstock.
The TMCP is a clean, efficient and flexible technology, an alternative to the current linear production-consumption system, reintroducing waste in the economic cycle, treating it locally and extending its life cycle. Thus, it contributes significantly to reduction of landfilling and encourages energy independence. Compared with competing solutions, TMCP is more profitable than competitive technologies that often have higher operational costs compared with the income they generate. TMCP’s disruptive technology presents numerous advantages over other existing waste treatment and disposal systems. A TMPC’s technology removes a broad range of waste treatment and disposal systems. A TMCP’s technology removes a broad range of waste (up to 85%) without the need to separate the input materials (except for glass, metal and recycled materials). 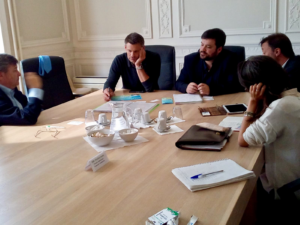 What MIRACOIL will do in the future:

In 2018, in Spain, MIRACOIL will manage the construction of the first demonstration industrial plant of the TMPC technology for the treatment of urban solid waste and plastics. At the same time, we will plan the commercial diffusion for the installation of other plants in Europe, Latin America and Africa.

What does Europe represent for the company?

Europe is for MIRACOIL a great opportunity to spread a disruptive, cleaner and more efficient technology than the current ones, internationalize its use and achieve collaborations that pursue the same objectives of environmental protection, solid waste disposal, oils, hospital waste and plastics for avoid that they end up contaminating the aquifer and marine environment and obtain funding for treatment plants and dissemination actions.

For me as CEO, this recognition is a reward for the effort applied by the technologist and the MIRACOIL team for the last five years and an opportunity to spread the usefulness of TMCP Technology. 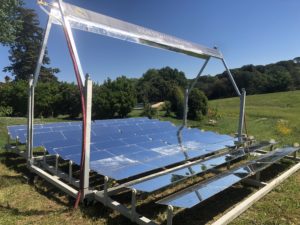 Two thirds of the energy consumption in the industrial sector is thermal energy, which is produced by expensive and polluting fossil fuels. In the case of heat intensive sectors, like food processing for example, thermal energy can represent more than 70% of the overall production costs squeezing companies’ margins and competitiveness. Industries looking for solar energy alternatives find that current technologies are only competitive at large scale (over 5MW), making them unviable for most industrials applications.

Our design uses mirrors that follow the sun to concentrate the sunlight into a Receiving tube where steam or thermal oil is heated up to 300°C. All components are assembled in our module, which has the same size and transportability of a standard goods container. Once assembled, every module is calibrated and tested, before being shipped, avoiding costly on-site construction, and commissioning. All modules forming the solar plant are easily connected to the client’s production process, becoming operative just one hour after the delivery.

According to the EU-JRC, thermal energy consumption in south European industries amounts to 19.000M euro and grows by 7% each year. Our initial market is food industries located in south European regions which are facing high fossil fuel costs. We have begun in the Spanish market (200 companies C.14M euro). Internationalization will start in 2019, by sending modules built in our factory in Spain.

Traction: concept proven with pilot. Two projects have been sold to industries in the last three months, five more in the pipeline (+430k Euro). Invested by Lanzadera (one of the biggest startup accelerator in Spain). Climate KIC startup accelerator phase 2 and winner of the ClimateKIC Venture competition (Spain). Investment and funding: 320k Euro-Lanzadera, ClimateKIC, IVACE and Founders. 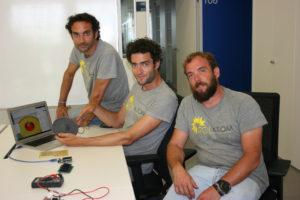 This Recognition represents the work of many people that believed in us, and it will be the first step towards big opportunity yet to come.

Makers of MK Player360, a unique immersive projection device to enjoy VR & 360° media content without the need of individual VR headsets, and Broomx VR content platform. This patented system is able to create immersive 4D experiences in any room or corner at a consumer price-point. Once it’s set up, the user can control the system via a smartphone app and have their entire field of vision covered by standard VR & 360º media from top VR creators & international artists. Formed by a team of senior professionals from different backgrounds (hardware engineers, software developers, designers, video artists, communications and business profiles) Broomx has opened a new niche in the home-entertainment industry and the virtual world, which has also impacted in other sectors such health, education, tourism or automotive industries.

The reasons why we created it:

Virtual Reality (VR) technologies are finally starting to emerge from the lab into  applications for everyday life. Researchers agree that the industry is only beginning its global triumph and will grow significantly in the next years – global VR revenues are forecasted to hit $80 billion by 2025. The potential of VR market cannot, however, be fully realized unless we find alternative ways to enjoy immersive content, more social and comfortable than the current systems typically through individual goggles or VR headsets. With the MK Player360 immersive projection system, we solve the 4 major issues of VR today: loneliness, sickness, inability to enjoy long content & content dispersion.

What we have accomplished:

After 3 years of intense R&D, during the year 2017 we have presented the MK Player360 into main technology-driven events. Today we have sold 20 units to different European companies such as hotels, hospitals, health training companies and universities, and we have also launched the BroomxVR platform, an online platform & catalog of VR experiences where international content creators can promote their creations to all the MK Player360 users and monetize their creations. Our technology is revolutionizing the way people enjoy VR experiences for their leisure time and for professional purposes. It is also a very effective tool to carry out completely outstanding marketing actions.

What Europe means for us:

For us, Europe is the place to launch our technology, get the first customers and receive valuable feedback. It is also an important area for VR content creation, with lots of SME companies producing outstanding content both for B2B and B2C use cases that we can integrate into the BroomxVR platform. And moreover, it’s a key to receive public and private funding to scale-up our technology and make Broomx a global company.

“Being selected for the StartUp Europe Awards is a big honor for us, the opportunity to continue promoting our technology in Europe and connecting with top leaders from EU companies.  But moreover, it’s a special recognition that encourages us to bring our VR projection system into more environments where it can be relevant, for example healthcare institutions, kid’s hospitals or education centers!” Ignasi Capellà – Cofounder, CMO & Business development 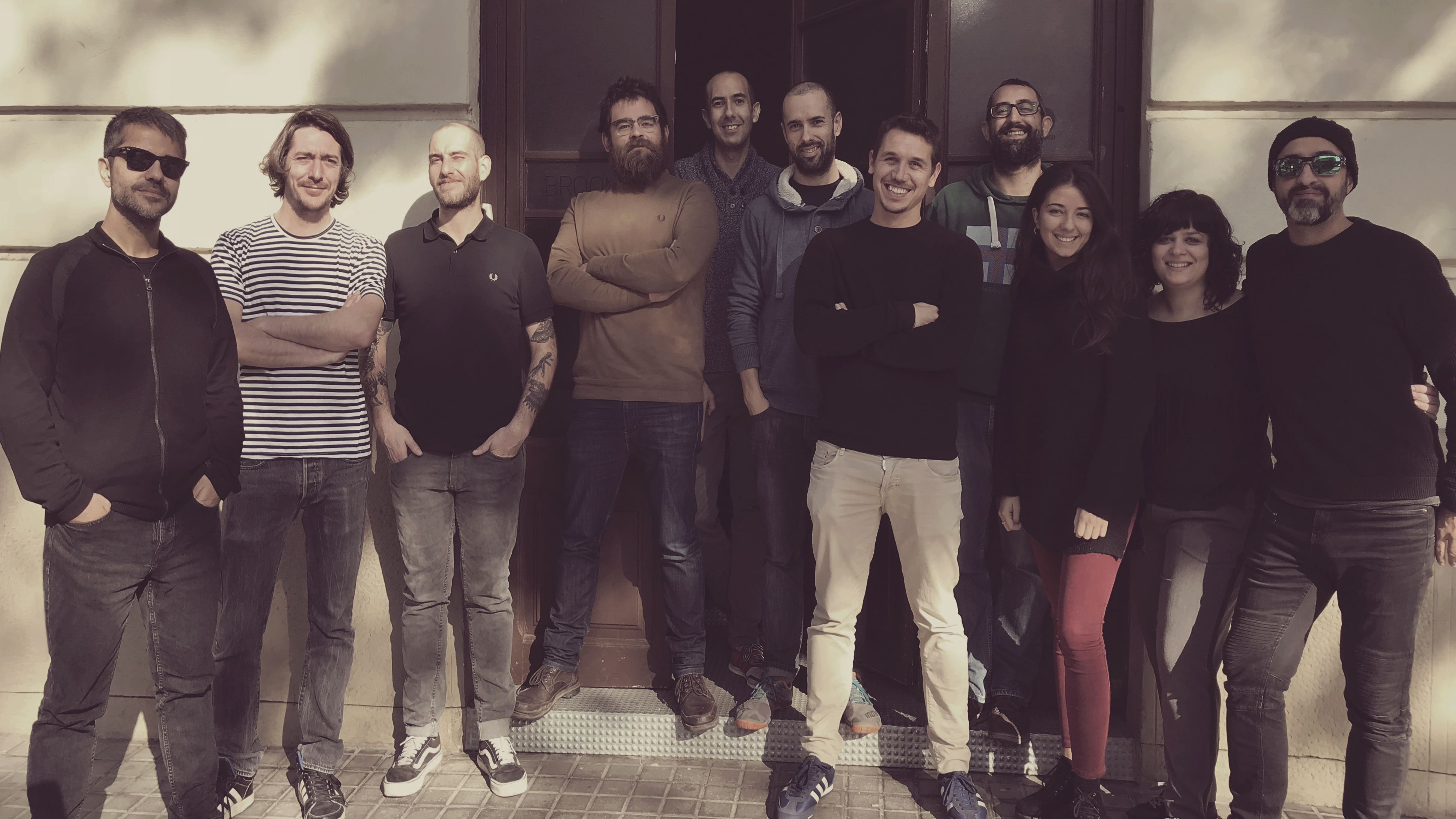 Project aim:  “Every five seconds someone goes blind in the world. Every minute a child goes blind. It is estimated that every year over seven million people go blind.”

Blindness is a serious and growing problem, due to age and diabetes as the main causes.

Eyesynth is a company that was founded with the aim of developing assistive technologies for people who suffer a disability in any of their senses. The underlying concept is Augmented Sense: Using technology, other senses will be provided with extra information, in such a way that the damaged sense is largely compensated for.

Eyesynth is focused on the blind population and people with low vision. The company has designed Smartglasses for them.

Essentially, Eyesynth is an audio-visual system for the blind. It consists of a pair of glasses connected to a microcomputer. The system records the surrounding environment in three dimensions. Then, the collected data is converted into understandable audio for the blind, which allows them to identify the position of objects and obstacles, as well as their size and shape, with unprecedented accuracy.

The audio signals are non-verbal and abstract, so it is a universal product in terms of language. Also, the glasses transmit these sounds through the head bone, instead of covering the ears. Clean, non-invasive, comfortable and safe.

What is the problem?

Currently there is a paradoxical circumstance in the technological world: there are plenty of resources and techniques available, but that potential is far from being fully exploited to assist blind people. Antonio Quesada (CEO) reached this conclusion after many discussions with a friend whose son is blind.

What did we do to solve it?

Consequently, Antonio, with the collaboration of this father who wanted to improve his son´s life, began to develop the project, which later would be assisted by “Bitnia” (specialists in hardware development) and “Investment and Knowledge” (Investment Fund).

Four years later, a consolidated team (Engineering, Marketing, Sales, Scientific and Business Dev specialists) have developed the final stages for their Smartglasses for the blind people: the distribution is planned for 2nd quarter, 2018.

“A Seal of International Quality”

In 2017, Eyesynth has been one of the selected companies to receive funding from the European Union’s Horizon2020 Research and Innovation Program under a grant agreement in the second phase.

This European Project Excellence certification is a great boost for the Eyesynth project’s entry into the market, as it will cover the final design and industrialization phases as well as the marketing phase over two years (2017-2019). Being part of the Horizon2020 research and development program is a guarantee for the project, as well as a seal of credibility for Users.

At this point, Eyesynth is fully immersed in the final design phase of the system and the industrialization of the manufacturing process to reach the marketing stage. It is expected that in the 2nd quarter of 2018 the product will be available for sale.

“Being part of this Award, we feel recognized as a cutting edge European Startup. Obtaining visibility and prestige from such a renowned institution is an amazing honour.”